Know Your Firearms History: The German PAK 40 [WITH VIDEO]

As Americans, we are lucky to live in the age in which we do.

Sure, we have a mess of problems, but we have made a lot of exciting concepts a reality: everyone gets a vote (if you’re not a felon), violent crime is far less than it has been in recent decades, despite what some would have you believe, and in the field, we have the world’s best and most advanced military safeguarding our freedoms.

We’re also incredibly lucky we don’t have to contend with PAK 40s anymore, as our fathers, grandfathers, and even great-grandfathers had to do.

The PAK 40 is one of those inventions turned out by Germany during the Second World War that showed that not only did the United States need to up its technological game, but they were way late to the party.

For those unfamiliar with this massive firearm, the PAK 40 was an anti-tank artillery piece created by Germany to upgrade their anti-tank arsenal in the face of ever-increasing levels of proficiency in Soviet armor. 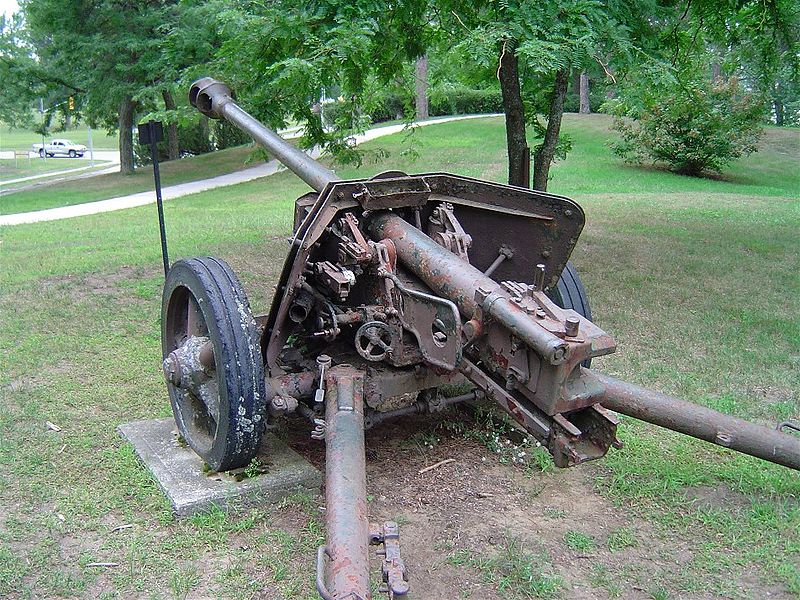 As most of you are already aware, the back half of the 1930s saw a race between the major powers to see who could hold the technological advantage when it came to arms and armor. One of the resulting creations — really a product of general German rearmament — was the PAK 36 — a 3.7 mm, which the Tank Encyclopedia claims to be the first German anti-tank gun.

The piece acquitted itself extremely well during the Spanish Civil War, but was reportedly believed to be in need of upgrading to stay ahead of the ever-cycling armament-armor circle. That upgrade materialized in the form of the PAK 38, a 5 cm gun.

That’s a good bit of firepower. However, as the Tank Encyclopedia notes, “soon after the factories geared up for production, the German military became aware of newer tank designs by the Soviets (thanks in part to the Molotov-Ribbentrop pact) and therefore ordered an upgunning of the Pak 38.”

That upgunning eventually turned straight into a new gun — the PAK 40.

About here is where I’d normally insert another photo — but I found a video instead. Check it out:

“This gun is a beast! As you can see the muzzle blast is incredible. The WWII German PAK (PanzerAbwehrKanone) 40 was developed in early WWII but didn’t see widespread production until about 1941. The gun was often used by allied forces whenever they would over run German positions which shows the effectiveness of the gun,” the YouTube publisher, PossumPopper89, noted in the video’s description.

The extremely effective gun saw use until the end of the war, and had a reputation for being able to put a hole in just about anything fielded against it.

The gun shown wasn’t in the excellent, fighting shape it is in the video above.

Specifically, it didn’t look so… reasonable.

“This gun was resurrected from an art museum where the owner had painted it pink!” PossumPopper89 reported. “It was restored to working order and the federal paperwork required to build and possess this gun was obtained. It is not legal for an ordinary citizen to have a working field piece like this.”

The scourge of thousands of tanks on both fronts — painted pink.