Medal of Honor Highlight: Ed “Too Tall” Freeman and the Battle of Ia Drang

The Congressional Medal of Honor is the highest, most prestigious decoration awarded to those servicemen and women for gallantry and bravery in combat above and beyond the call of duty. Fewer than 4,000 individuals of the millions who have served between its inception in 1863 and today have received it, and a great many of them received it posthumously.

This is one of their many stories. All information provided in this article is provided by Medal of Honor: Portraits of Valor Beyond the Call of Duty by Peter Collier.

Freeman actually served in World War II as a Navy man and the Korean War as an infantryman — at an incredible 6’4″, the man was actually considered too tall to be a pilot.

In 1955, the height limit for pilot school was raised, however, and Freeman was finally able to pursue his dream of becoming a pilot.

Initially, Too Tall — the nickname stuck — flew fixed-wing aircraft. That didn’t last for long, however. He soon switched to helicopters.

You may think you know of Too Tall’s exploits from the hit war film We Were Soldiers, and while the movie does an excellent job portraying a large portion of the events surrounding Freeman’s actions, it doesn’t fully capture the context in which he performed what he did.

Freeman flew a battalion to the Ia Drang Valley in 1965 to engage North Vietnamese forces in what would turn out to be the first major battle of the Vietnam War. 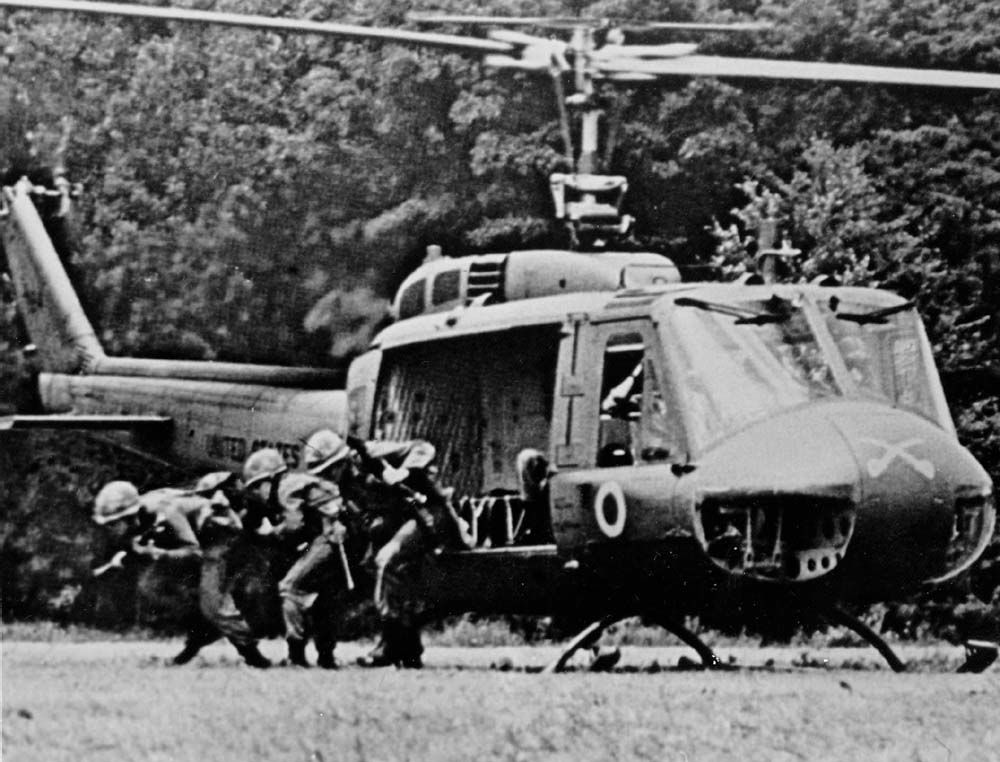 Unfortunately for those being transported, after they were dropped off it was discovered that they were wildly outnumbered. Ammunition and medical supplies were drained quickly as casualties climbed at an alarming rate.

The fighting was so fierce, in fact, that medevac helicopters refused to fly in and pick up the wounded. The request was made of Freeman’s 16-helicopter unit for volunteers to extract wounded and bring in supplies.

The two men flew multiple times into a tiny, emergency landing zone created because the original landing zone was compromised.

The emergency landing zone was about 100 yards from heavy fighting, and the lightly-armored UH-1 received multiple hits from small arms fire.

Freeman carried out 14 separate emergency rescue missions and extracted dozens of wounded, many of which wouldn’t have survived without his bravery.

Freeman and his commander kept what remained of the battalion alive. Too Tall was commended for his actions, but did not receive the Medal of Honor until George Bush presented it to him, for his gallantry and bravery far beyond what was required of him, in 2001.